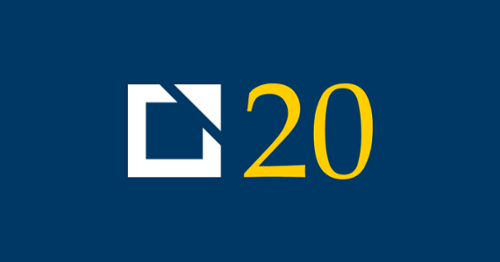 In the late 1990’s, Lawrence Kaplan was working on the sale of an established garment manufacturer. Facing a looming tax burden and buyers that didn’t appreciate his client’s value, the accounting consultant couldn’t make financial sense of an outright sale.

A conversation with a colleague yielded an alternative. Kaplan’s firm had recently played a role in the sale of Bill Blass's namesake company. The sportswear maker was partially owned by an employee stock ownership plan – a defined contribution plan that invests in employer securities. Kaplan dug deeper into ESOPs and was surprised by what he found.

“The tax benefits were amazing,” Kaplan recalls. “I was wondering, why don’t people do more ESOP transactions? You had this incredible tool that helped employees and shareholders, and yet, their closest advisors either didn’t know anything about it, or their information was completely wrong.”

This is how CSG Partners’ story began – with a tax benefit hiding in plain sight. That discovery kicked-off a 20-year journey of providing shareholder liquidity, meaningful employee benefits, and legacy solutions to companies across the US.

A Brief History of the Modern ESOP

The Employee Retirement Income Security Act of 1974 (ERISA) set minimum standards and rules for private retirement plans. In doing so, the law codified the modern ESOP. ERISA outlined how company stock could be sold or gifted to a trust and allocated to individual employees. Shares vested over time and would be sold back to the company (at a current valuation) when employees departed.

Despite these incentives, ESOPs failed to garner significant attention among M&A and exit planning professionals.

Employee trusts are viable buyers with common goals. Trusts can purchase of shareholder equity on leverage, so long as the corporate entity secures financing. When an ESOP transaction is completed, shareholders gain tax-advantaged liquidity in line with a traditional sale, and employees walk away with ownership.

“At its core, a leveraged ESOP is a leveraged buyout of your own company,” says Kaplan. “For companies with strong management cultures, committed leadership, and passionate employees, the ESOP is a compelling ‘bet on yourself’ opportunity.”

Larry Kaplan founded CSG Partners in the summer of 2000, with the goal of offering ESOP-oriented solutions to privately held, middle market companies. The team at CSG sought to bring the rigor and creativity of investment banking to the ESOP formation process. 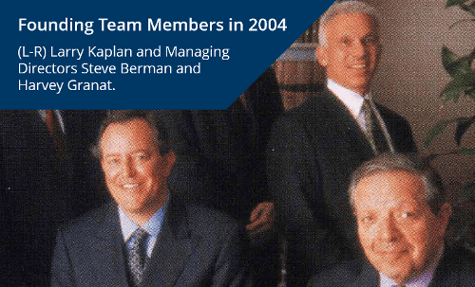 Even before CSG formally launched, the concept attracted the attention of some close acquaintances at American Express. Kaplan’s idea represented a differentiated business solution, and so, CSG was invited to become an Amex-affiliated company. This early investment and service integration provided instant credibility.

The CSG team soon found success in a familiar industry. Apparel companies continued to face stiff M&A headwinds, and many of their owners were reluctant to sell, fearing they'd leave loyal employees behind. In these early engagements, ESOPs were perfect fits.

But CSG was committed to an industry agnostic approach, and it's influence quickly spread. The firm's first 20 completed transactions spanned 10 different industries in multiple states. In less than two years, the firm amicably parted ways with American Express and became an independent, boutique investment bank.

The main foundation for CSG’s early growth was analytics. “Our attention to detail set us apart,” noted Kaplan. “To prove both the benefits and the versatility of an ESOP transaction, you need to model countless structures, educate your client thoroughly, and clearly illustrate the positives and negatives.”

That philosophy demanded an inquisitive, high-touch approach. “From the start, we trained our associates and analysts to be highly attentive to clients’ needs, questions, and concerns,” says Kaplan. “We’ve always been willing to we go above and beyond – whether that means re-running numbers, generating bespoke models, or reviewing minutia for hours.”

When CSG Partners entered the market, leveraged ESOP financing was largely facilitated through seller-guaranteed loans. Although shareholders were generally willing to accept a modicum of seller financing, the slow payouts and minimal risk diversification put ESOPs at a competitive disadvantage.

CSG sought to bridge this financing gap with extensive educational outreach. “We were prepared to explain the ins-and-outs of employee ownership to any financial institution willing to listen,” remembers Kaplan. “We were eager to offer ESOP thought leadership, and we wanted to be every lender's first call.”

“Larger ESOP transactions demand a broader range of financing options – whether that means leveraged loans, Term Loan B facilities, or bond offerings,” says Thacker. “We always believed in the promise of ESOP structures for big companies, so building the internal capacity just made sense.”

To date, those efforts have yielded capital raises as large as $500 million for companies exceeding $1 billion in value.

When Alex Mumblat joined CSG in 2005, he replaced the firm’s only analyst. He is now among CSG’s longest-tenured Managing Directors. Mumblat manages all junior staff and oversees a best-in-class training and development program, which he built from the ground-up.

“That was always the plan,” says Mumblat. “Larry [Kaplan] and the team were focused on growth, but they knew it would take a solid foundation and an investment in bench strength to reach that goal.”

Today, with over 30 team members, and a nationwide presence, that organization-first philosophy is more important than ever. Pat Fallon, a commercial banking veteran and CSG’s Chief Operating Officer, made culture and capacity his top priorities upon joining the firm in 2014.

“Great organizations have a clear purpose and teams that are aligned behind common goals,” notes Fallon. “They develop talent, build camaraderie, and create a way of doing things. The ‘CSG way’ is hard working, detail-oriented, and client-focused. That bedrock mentality is critical to our continued success.”

With hundreds of successful ESOP deals to its name, accounting for billions of dollars in unlocked enterprise value, CSG Partners has cemented its reputation as the national leader in leveraged ESOP transactions.

The team has worked with clients from virtually every industry and ownership structures of varying complexities, including trusts and franchises. But, at its core, CSG remains the same firm that wholeheartedly embraced an underappreciated concept.

“M&A events are eye-catching,” notes Kaplan, “but in the morning after, some sellers are left with a real sense of loss, while many employees are left with nothing. It’s ultimately the human element that makes an ESOP such a profound transaction. You have this financial vehicle that benefits everyone.”

Twenty years on, CSG Partners remains excited about the future of employee ownership. Kaplan firmly believes, “the best days of the ESOP are still ahead of us, and we fully expect to be on the forefront of the industry.”