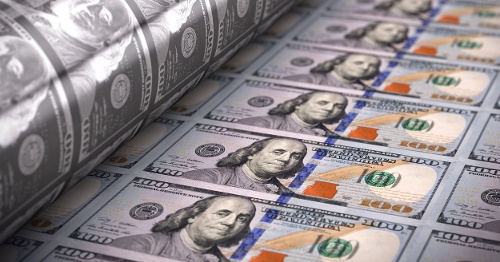 Tax advantages are a major draw for closely-held companies considering employee stock ownership plans. But it’s easy to get lost in the various deductions and exemptions.

How an ESOP-owned company is organized, and other factors such as its annual payroll, impact the tax incentives to which it’s entitled. To better appreciate how it all fits together, let’s review the most common tax benefits for businesses that sell equity to an employee stock ownership trust (ESOT). This type of transaction is also known as a leveraged ESOP.

When stock is sold to an ESOT, the plan’s sponsor receives tax breaks equivalent to the transferred equity’s fair market value. So, when a company sells $15 million of stock to a trust, it earns $15 million in deductions to offset future state and federal income tax burdens. Both C and S corporations are entitled to this incentive.

Companies accumulate the deductions over time.

That’s because deductions only become available when the employee trust formally receives equity. Leveraged ESOPs are financed transactions, and stock is only released to the trust when the loan between sponsor and ESOT is paid down. The company earns a portion of its total anticipated tax deduction with each loan payment.

It’s important to note that employees do not directly make payments on this internal loan. Instead, an employee-owned company makes annual contributions the trust. The ESOP immediately sends that money back to the sponsor in the form of a loan payment. Technically, it’s this contribution that’s tax-deductible.

Each year, an employee-owned company can contribute an amount equivalent to 25% of its ESOP-eligible payroll (total W-2 wages paid to plan participants). For example, a company with an eligible payroll of $10 million, can make a maximum annual contribution of $2.5 million and receive an equivalent income tax deduction. Interest payments on the internal loan, and optional dividend payments to the ESOP, are also tax-deductible.

S corps are pass-through entities. As a result, earnings pass-through a company to shareholders. Applicable taxes are then assessed on those individuals. Meanwhile, ESOTs are tax-exempt entities. The combination of these two concepts yields a potent tax advantage.

Say an S corp is fully ESOP-owned. The company’s earnings, and associated tax burdens, pass-through to the sole-shareholder:  an employee trust. Because the trust is tax-exempt, its potential income taxes are nullified.

A limited number of states and localities still levy a nominal stand-alone tax on pass-through entities. An employee-owned S corp is not shielded from these burdens. But even in the most heavy-handed jurisdictions, S-ESOPs can still expect sizable income tax savings. That can have a significant impact on a company’s free cash flow.

Companies can close an initial ESOP transaction as a C corp and make an S election later. Why would a business do so?

There’s more than one way to structure an ESOP transaction.

Intangible goals are often just as important as tax considerations. Careful analysis and advice from tax, legal, and ESOP professionals can help guide companies to choose an optimal strategy – one that maximizes cash flow, liquidity, and employee ownership benefits for all stakeholders.

A well-versed advisor can also help identify more nuanced ESOP benefits that align with specific businesses. These include additional tax incentives for government contractors with cost-plus contracts and strategies for asset-heavy businesses to reduce the impact of depreciation recapture.

The more you understand the full spectrum of ESOP benefits – as well as the pros and cons of various transactions – the better positioned you’ll be to maximize the advantages of employee ownership.