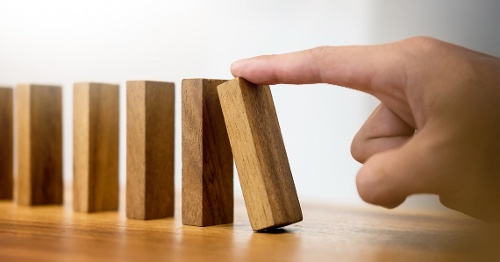 Decades of research demonstrate the transformative potential of ESOPs. A brief review of tracking studies and academic reports illustrates the consistent impact of these plans.

Quality of work life is frequently measured in the General Social Survey (GSS), a nationally representative survey of US adults first conducted in 1972. The WE Upjohn Institute’s 2017 study of GSS data made two interesting discoveries:

Even in 2010 and 2014, after the Great Recession had depressed many employees’ share values, employee-owners were still more bullish on their companies, compared to their non-ESOP counterparts.

A 2017 study by the National Center for Employee Ownership (NCEO) compared 28 to 34 year-old employee owners with counterparts at similar, privately-held firms. ESOP participants had median tenures of 5.2 years versus 3.4 years in the comparison group (a 53% increase). This disparity transcended gender, racial, and social-economic lines.

Respondents were also presented with two similar, hypothetical jobs:  one at a company with employee ownership/profit sharing and one with neither. Nearly 2/3 choose the job with ownership or profit incentives. These results were even consistent across political affiliations and ideological views.

It’s been said that a happy workplace is a productive workplace. Employee-owned companies often reflect that adage.

The potential, immediate impact of employee ownership was demonstrated in a 1997 meta-analysis by Rutgers University’s Joseph Blasi and Douglas Kruse. Those findings were reaffirmed in a 2016 analysis of 102 studies with data from nearly 57,000 companies.

A 2013 paper by Blasi and Kruse found sustained efficiency gains, vis-à-vis their non-ESOP peers, by employee-owned companies. The study noted that increased capacity was linked to the retention of skilled, knowledgeable employees.

This figure also comes from Blasi and Kruse’s 2013 research. The NCEO’s Corey Rosen and Michael Quarrey reported a similar finding in a 1987 Harvard Business Review article. Employee-owned companies’ sales were 3.8% higher, on average, than their pre-ESOP performance.

Blasi and Kruse’s landmark 2017 study also compared failure rates of employee-owned companies and their peers. Their conclusion: “ESOP companies were about half as likely… to disappear due to a clearly identified bankruptcy or closing (5.9% compared to 11.7%)... [and] less likely to disappear for other or unknown reasons (13.5% compared to 21.4%).”

It stands to reason that a prosperous ESOP-owned company would enhance the lives of plan members and their families. The NCEO’s 2017 study reflects that reality, offering clear comparisons between employee owners and their counterparts at non-ESOP companies.

Workers of color, low-wage employees, and single parents all fared better, on average, as employee owners. In most cases, the extent of their ESOP-related gains tracked with study participants overall.

Better Employee Outcomes in the Pandemic

Even during the height of Covid-19, employee owners were over 3 times more likely to be retained by their firms. The EO Foundation’s October 2020 study also found that Majority ESOP companies maintained standard hours and wages at notably higher rates than non-employee-owned businesses.

ESOPs can Tangibly Benefit all Stakeholders Employee ownership aligns interests and intertwines outcomes. ESOP plans help participants internalize their company’s challenges and successes, leading many to see their work as a career, not just a job. By doing so, they can reap clearly-defined rewards for productivity and loyalty. Meanwhile, employee-owned businesses strengthen that value proposition with stronger benefits and stable work environments.

This partnership embodies ownership culture. Don’t write it off as a soft benefit. The effects are measurable, and the impact can be monetized. For many ESOP-owned companies these advantages are as vital, if not more, than the associated tax incentives.