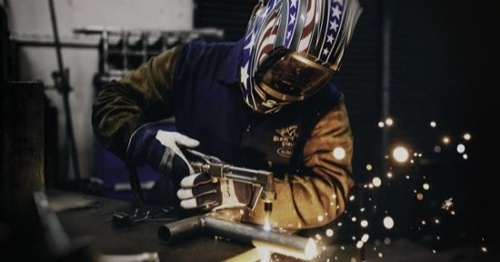 The ESOP isn’t a new concept, yet it remains a niche liquidity and employee wealth creation tool. There are fewer than 6,000 active plans in the US, according to the NCEO.

Nonetheless, in the face of social and economic upheaval, the ideas of Louis Kelso and Mortimer Adler – pioneers of the modern ESOP – are incredibly salient.

"Democracy requires an economic system which supports the political ideals of liberty and equality for all. Men cannot exercise freedom in the political sphere when they are deprived of it in the economic sphere."  —Mortimer Adler, The Capitalist Manifesto (1958 preface)

While these shares can be gifted, many business owners opt to sell stock to an independent employee trust. The trust doesn’t directly pay for the shares. Instead, the company funds the transaction over time, with financing assistance from third-party lenders and/or seller notes.

Full-time employees are allocated shares proportional to their annual compensation. This is not a one-time transaction. Instead, a portion of the share pool is allocated on an annual basis. Shares have a three to six-year vesting period, much like a 401(k) plan.

When employees leave or retire, their vested shares are repurchased by the company at a current valuation. In other words, tenure and performance can drive tangible employee wealth.

An ESOP sale can provide stability and peace of mind.

These are uncommon qualities in the modern workplace.The transaction is often an alternative to a strategic merger or a private equity sale. Whereas the latter may lead to corporate relocation and consolidation, employee ownership helps companies remain rooted in the communities they serve.

Even if an ESOP company is ultimately sold to another party, staff are beneficiaries of the transaction. Instead of job losses and uncertainty, those employees take part in a potentially life-changing liquidity event.

Effective ESOPs offer a concrete reward structure for all stakeholders.

This is not a handout. Benefits (including liquidity, tax deductions, allocated shares) are earned and exchanged to incentivize companies, selling shareholders, and employees alike. While there’s no guarantee an ESOP company will increase in value, studies have shown employee owned companies outperform the market.

This is a prime example of conscious capitalism.

As a result, ESOPs have continuously drawn praise from both sides of the political aisle.  Nonetheless, employee ownership is not a panacea.

ESOPs alone will not heal the wounds of inequality. But for companies that value social impact and appreciate the benefits of employee-owned culture, a well-crafted employee ownership plan may be a step in the right direction.