The Hidden Cost of Accelerated Depreciation 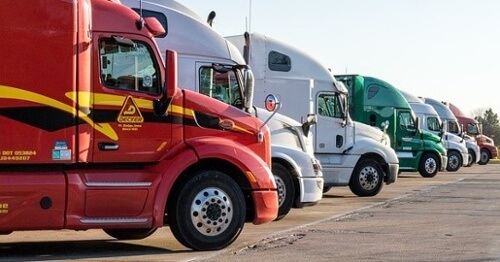 Despite a host of pandemic-related challenges, the transportation and logistics industry has largely thrived. Rapid changes in consumer habits fueled industry growth, and an M&A uptick is sure to follow. But these sales could be complicated by overlooked tax liabilities.

What is Accelerated Depreciation?

These taxable income reductions can help growing firms expand their equipment base. But this depreciation strategy must be reconciled at the completion of a third-party transaction.

When one of these companies is sold, the difference between the market value and depreciated cost of its fleet is calculated and then taxed at ordinary income rates. This is known as depreciation recapture. This often hidden burden is paid by the seller, and the tax expense can negate a sizable portion the sale or private equity transaction proceeds.

The Impact of Depreciation Recapture on Sale Proceeds

Consider the following example. A transportation company is sold for $25 million to a strategic buyer.

Among the company’s assets is a large fleet of vehicles, originally purchased for $20 million. The firm had utilized an accelerated depreciation schedule, booking $16 million in depreciation on the fleet and resulting in a $4 million cost basis. The fleet’s market value at the time of sale is only $12 million. This creates an $8 million depreciation recapture liability and a corresponding $4 million tax loss.

Once capital gains taxes are accounted for ($6.3 million), only $14.7 million remains for the selling shareholders.

This is simply an illustrative example. Tax rates and other details, including outstanding debt, have been simplified. But for many business owners – especially those in the transportation, logistics, and construction industries – the dilemma is very real.

Companies that took advantage of the Tax Cuts and Jobs Act of 2017's increased bonus depreciation allowances, could face an even greater the recapture burden. The TCJA removed the prior, 50% cap on first year depreciation for all property acquired and put in service between September 27, 2017 and January 1, 2023.  As a result, companies can now depreciate 100% of an eligible asset in its first year of service. This substantial short-term benefit will likely create major discrepancies between this book and market values of those assets.

With this hurdle in mind, owners seeking to “take chips of the table” and monetize rising valuations may want to consider M&A alternatives. Enter the employee stock ownership plan (ESOP).

Because an ESOP is a stock sale to an employee trust, rather than an asset sale, the transaction can be consummated without triggering a depreciation recapture event. In our prior example, this would have saved the selling shareholders $4 million.

In addition, sellers can defer and potentially eliminate capital gains taxes stemming from the transaction. This is accomplished through a 1042 rollover, where sale proceeds are reinvested in securities issued by a domestic operating corporation. Known as Qualified Replacement Properties (QRPs), these securities can often be purchased on leverage, enabling the 1042 investor to directly access a significant portion of their ESOP sale proceeds.

Meanwhile, employees gain a unique retirement benefit in the form of company stock allocations that vest over time, similar to a 401k. This can help build company culture and serve as meaningful employee retention and talent acquisition tool. In tight and competitive labor markets, these benefits can drive staffing-related savings and boost productivity.

Sound too good to be true? The modern ESOP has been around since the 1970s. The benefits are codified in the Internal Revenue Code, and the concept maintains strong support from both sides of the political aisle.

Given the current market cycle and the inherent tax inefficiencies of standard third-party transactions, ESOPs warrant consideration by mature companies with significant depreciation recapture liabilities. This goes for firms in the transportation industry and beyond.