How an ESOP Works 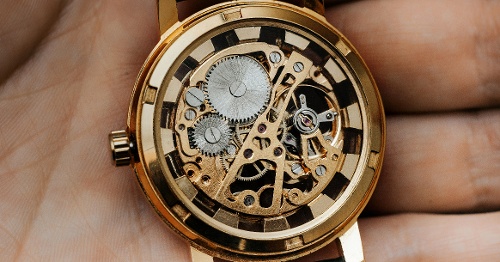 The mechanics of employee stock ownership plans are a frequent source of confusion. Understanding how a trust gains equity, allocates shares, and how sponsors repurchase stock are among the most important concepts in an ESOP education.

So, let’s dive-in and cover these core principles.

ESOP shares aren’t directly transferred to employees. Instead, an employee trust (or ESOT) acquires equity, holds the shares for the benefit of plan participants, and manages all allocations.

In general, the trust represents the employee owners’ interests vis-à-vis the company sponsoring the plan. A trustee – often selected by an ESOP committee designated by the company’s board of directors – acts as the shareholder of record and has a fiduciary obligation to all plan participants.

An ESOT commonly acquires stock in one of two ways:

Employees do not pay out-of-pocket for shares. Instead, the sponsor helps arrange financing on the trust’s behalf. This can take the form of seller notes, third-party debt (commercial loans, private credit, etc.), or a combination of the two. The sponsor repays the financing using pre-tax cash flow. Stock is released to the trust, from the suspense account, as the debt is paid down.

How ESOP Shares are Allocated to Employees

ESOPs are non-discriminatory plans. As a result, all full-time employees are generally eligible to participate. Certain distinct classes of workers may be excluded though, such as union members. These details are formalized by the sponsor prior to plan formation.

Even when equity is issued to an employee trust (rather than sold to it), that stock is usually parceled-out to participants over multiple years. An ESOP is meant to be a rolling benefit program, rather than a one-off distribution of stock.

As mentioned earlier, all stock is held by the trust, even post-allocation. Share distributions are not made directly to employees.

Similar to 401(k) plans, there’s generally a three-to-six year vesting period for allocated stock. The details are determined before the plan is formed and outlined in the ESOP plan document.

Shares vest in one of two ways:

Plan participants realize the financial benefits of an ESOP upon terminating their employment with the sponsor. When the parties part ways, all vested stock is sold back to the company.

Shares are priced at a current valuation and the transaction is orchestrated by the trust, on the employee’s behalf. Once ESOP shares have been repurchased, the sponsor may grant the shares back to the trust for future allocation or retire the shares to treasury.

If a participant retires (at or after the plan’s set retirement age), becomes disabled, or passes away, the sponsor must begin payment of the vested benefit no later than the next plan year.

If a participant leaves for some other reason (quitting, dismissal, etc.), distributions must begin no later than six years following the plan year in which their employment was terminated.

Full payment is either made periodically (equal payments over a maximum of 5 years) or in a single lump sum. Plan participants can roll their proceeds into another qualified retirement plan. Otherwise, they will generally be subject to ordinary income taxes.

There are a few notable exceptions to these payment schedules. With that in mind, it’s important to work with an experienced third-party administrator to keep track of all the odds and ends.

What Happens if an Employee-Owned Company is Sold?

Trustees sign off on any transaction involving company shares, including share buy-backs and sales to strategic buyers or private equity. In general, they’re not looking to block deals. But ESOP trustees do have a fiduciary responsibility to secure fair market value for all plan participants.

Upon sale of to a third party, plan participants receive payment for their vested shares, based on the sale price. Additional considerations are also made for unallocated shares where the original ESOP loan is still outstanding.

If an acquirer is also employee-owned, shares may roll over to the merged entity’s ESOP plan.

When companies fail to comprehend the mechanics of employee ownership, they often dismiss the employee ownership out-of-hand. In doing so, they overlook a valuable liquidity strategy and leave some unique benefits on the table.

Those that do adopt ESOP plans but fail to properly educate participants rarely reap the wide-ranging cultural advantages of employee ownership.

So, if you’re considering a plan, take time to learn the nuances. Surround yourself with the right resources and advisors. ESOPs are complex, but under the right circumstances, they are worth it.