Biden and ESOPs – What to Expect 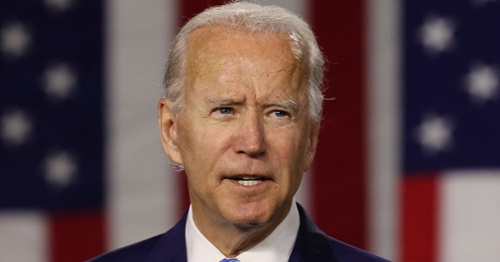 According to Bernstein, ESOPs “provide a way for retiring owners of closely held businesses, including family businesses, to control the succession of their business and provide a valued workforce with an ownership stake.” While Bernstein does not shy away from the potential costs of an ESOP, he ultimately notes that employee ownership can help “[push] back on our historically high levels of wealth concentration” while delivering “lastingly positive results for the economy and the workforce.”

Although ESOPs have long enjoyed bipartisan support in government, the presence of staunch employee ownership supporter in the President’s inner circle, could portend big things for employee stock ownership plans during the Biden Administration.

The Legislative Stage is Set

This momentum actually began with a pair of Trump-era bills. Passed in December 2019, the SECURE Act removed impediments to retirement plan creation. For ESOPs, this meant extending the time frame between plan development and implementation. As a result, a newly formed ESOP, with finalized plan documentation on or by September 15, 2021, can still make tax-deductible plan contributions for the 2020 tax year.

The CARES Act followed in March 2020 and permitted the inclusion of employee plan contributions in the Paycheck Protection Program Loan payroll calculation. That translates to loan amounts up to 25% greater than those for comparable, non-ESOP companies. This benefit has been extended through the Second Draw PPP Loan period (January 13 - March 31, 2021).

The Impact of Single-Party Control

As of February 2021, another piece of pro-ESOP legislation is making its way through Congress, and many DC-watchers believe a prospects for passage have increased with Democrats in control of the US House and Senate. Dubbed “Secure Act 2,” the Securing a Strong Retirement Act would extend capital gains deferral benefits to S corporation ESOP sales.

Currently, if a company sells at least 30% of its shares to an ESOP, and closes the transaction as a C corporation, the selling shareholder(s) can defer capital gains taxes on the sale. To do so, they must reinvest the proceeds in a qualified replacement property (securities issued by a domestic operating corporation) within one year of the ESOP sale. This transaction is known as a 1042 rollover.

By extending 1042 benefits to S corp owners, Secure Act 2 would make two of most significant ESOP incentives accessible in a single transaction. Companies could sell to an ESOP trust and become income-tax free entities as 100% employee-owned S corps, while the selling shareholders could defer and potentially eliminate their capital gains burdens.

The value of this bipartisan legislation would be amplified by higher taxes.

The confluence of expanded Coronavirus aid packages, mounting federal deficits, and Democrat control of congress has increased the likelihood of tax code changes before the 2022 midterms.

President Biden’s proposed tax plan includes corporate income tax rates rising from 21% to 28%, as well as a doubling of long-term capital gains rates from 20% to 39.6% (on income above $1 million). Under those circumstances, we can expect the ESOP value proposition, both on its own and vis-à-vis other M&A transactions, to increase significantly.

Although nothing is certain these days – especially in DC – the potential exists for an congressional cycle where ESOPs become more desirable, are more valuable, to all stakeholders. That’s important for country as a whole. Research has long demonstrated that employee-owned companies are more productive, grow faster, and are more profitable, with lower turnover. ESOPs are perhaps the best tool in the legislative arsenal to address wealth inequality and bolster the US’s vital, middle market economy.