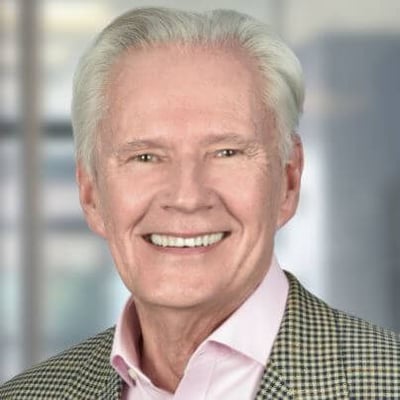 Patrick has extensive experience providing financial service solutions for leading corporations and is sought-after advisor to CEOs and CFOs in the consumer goods, healthcare, publishing, manufacturing, and transportation industries.

Prior to joining CSG Partners, Patrick was a co-founder of the First National Bank of New York. He worked extensively on raising capital and securing regulatory approval for the acquisition of Madison National Bank in April 2012.

Patrick previously served as Senior Vice President / Managing Director at JPMorgan Chase and its predecessors for over thirty years. Responsible for running a significant portion of the New York marketplace for Commercial / Middle Market Banking, his group handled the financial needs of corporations with revenues from $50 million up to $1 billion.

An active contributor to his community, Patrick has served as the former Chair of the Brooklyn Chamber of Commerce, a Board member at the Brooklyn Public Library, Executive Committee member of the Downtown Brooklyn Partnership and currently serves on the Board of Catholic Charities of Brooklyn and Queens.